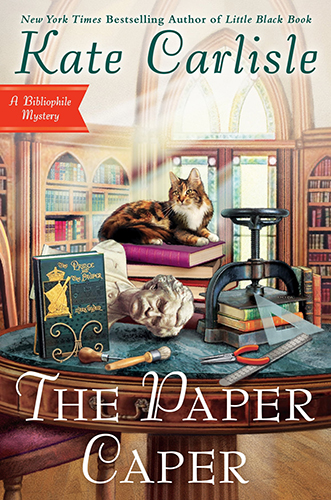 "San Francisco is a city of startling events. Happy is the man whose destiny it is to gather them up and record them in a daily newspaper!"
—Mark Twain's letter to the Territorial Enterprise, dated Dec. 23, 1865

Joseph Cabot was a multi-billionaire, an entrepreneur, a technological genius, and a social media superstar. He had his creative fingers in dozens of the most lucrative pots, as well as a few that weren't so lucrative—but they made him happy so he didn't care. Real estate development, aeronautics, restaurants, manufacturing, and computer design, you name the industry and Joseph's name was invariably connected to all the top performers.

He was a gregarious man who loved people. He was a sportsman, too, and enjoyed everything from basketball to fly fishing.

When something intrigued him, he would immerse himself in the subject. His latest obsession was windmills.

And he was a voracious reader. He loved books. He had amassed an impressive library of hundreds of rare antiquarian volumes as well as thousands of bestsellers in every genre known to man. It was Joseph's love of books that made him a superstar in my book.

But more than anything else he'd accomplished, Joseph considered himself a newspaperman. It was an old-fashioned term, but that was why it appealed to him. He loved being the owner and publisher of the San Francisco Clarion Press, along with its affiliated nationwide network of television and radio stations that specialized in the basics: news, weather, and sports. He loved the idea of keeping people informed.

The ladies of San Francisco high society adored Joseph, for obvious reasons. He was tall and strong and video-star handsome, with thick, graying hair and a twinkle in his bright blue eyes.

And he just happened to be one of my husband Derek's best friends.

The two men had met fifteen years ago when Derek and his Stone Security team carried out a daring operation to rescue Joseph from a group of militant kidnappers who had stormed an elegant conference room in Mindanao and forced him at gunpoint off the stage and into a van. They had transported him blindfolded to their lair in the middle of some jungle where they threw him into a cage and then began the negotiations for his release.

Joseph refused to allow his company to pay a ransom to these hooligans, deciding instead to take his chances on escaping on his own. He had spent seven years in the military as an Army Ranger and was pretty sure he could outsmart his captors. But Joseph's business partners had balked at this plan and instead contacted Derek Stone to aid in liberating the stubborn man.

With negotiations falling through and the militants threatening to kill Joseph, Derek decided that their only choice was to overwhelm the captors, storm the lair, and rescue the prisoner themselves. And that was what he did. He led the raid himself and the operation was successful.

Once Joseph was back home and safe, he contacted Derek to say thanks. The two men began a friendship that had lasted to the present day.

Soon after Derek and I started dating, he insisted on introducing me to his friend Joseph. The three of us met for dinner and I found the older man to be smart and kind, with a good sense of humor. I liked him. When I learned that he was a book lover, as well as a major contributor to the Covington Library, I liked him even more. I knew we would be great friends for life.

My name is Brooklyn Wainwright and I'm a bookbinder specializing in rare book restoration. Anyone who loved books as much as I did was destined to be my new best friend.

I jolted at the sound of his voice. Glancing up, I saw Derek leaning against the doorway of my workshop, smiling at me. I couldn't help but smile back. We'd been married almost a year now, and every day spent with him was even better than the day before. "You're home," I said lamely.

"Yes. And you're still working."

"This book is so badly damaged," I began to explain, then stopped. "But I'm finished for the day. I'll have it cleaned up in no time." As I organized my work space, I wondered if my heart would always give a little jolt when I heard Derek's voice. His tone was deep and masculine with a whisper of the Oxfordshire countryside, along with a twinge of wry humor that always brought me instant pleasure. Added to that were his ruggedly handsome face and rock hard body. The man had bewitched me from the first moment we met, despite the fact that he had used that first tender moment to accuse me of murder.

Ah, those were good times.

Derek studied the bedraggled pieces of book that I'd placed on top of a white cloth. "This is the book that Lisa Chung found?"

"Yes. She found it in the gutter."

Lisa and Henry Chung lived down the hall with their three adorable young children. I had been repairing the children's books ever since they moved into the building a few years back.

"In the gutter." Derek frowned. "No wonder it's such a mess."

"I wish I knew how it happened." I sighed. How could one of the biggest bestsellers of the year have ended up splayed and torn in the gutter along Brannan Street? The book was the latest by Michael Connelly and I might've given up on rescuing it, except that he was one of Derek's favorite authors—and one of mine, too. I simply didn't have it in me to throw it away.

"I just need another minute," I said. "Then I'll change my shoes and we can go."

He glanced down at my feet and I watched his eyebrow quirk, but he said nothing.

"Unless," I began, "you're thinking my Birkenstocks would be the perfect party shoes?"

"They would ... make a statement," Derek declared after pondering for a moment. "They're really quite fetching, but..."

I had to laugh. His British accent, along with his choice of words, tickled me sometimes. "Fetching? Really?" My friends and family members were always giving me grief about my personal choice of work shoes, but what could I say? They were ridiculously comfortable. However, I would've never called them fetching—unless maybe I were a cave woman. The thick, clunky sandals definitely gave off a "Fred Flintstone" vibe.

"Don't worry," I assured Derek. "I plan to wear a pair of glittery yet painful stilettos for the occasion."

"That's my brave girl," he said with a smirk.

I snorted politely, then watched Charlie the cat slink out from under my worktable and saunter over to weave around Derek's ankles as her way of welcoming him home.

"And here's our Charlie." Derek leaned down and scooped her up, much to the cat's delight. As Charlie purred in his arms, I had to wonder if there was anything in the world more appealing than a big strong man cuddling a sweet little cat. I didn't think so.

Dragging myself back to my task, I finished arranging the pieces of the Connelly book on the white cloth. When my neighbor first brought it to me, the book had been dirty and wet from its time spent in the gutter. It was dry now, but there were skid marks on the cover, plenty of torn and creased pages, and the spine was dragging badly. Despite its haggard condition, I was determined to bring it back to its former luster, because that's what I did. I'm a bookbinder and I fix books.

I spread a second protective white cloth over everything, then pushed my chair back from the table.

Still clutching Charlie in one arm, Derek wrapped his other arm around my shoulders and kissed me warmly. Together we walked out of my workshop and into the living room.

Despite Friday night traffic, we made it across town in plenty of time. At the top of Pacific Heights we were able to snag a space in the parking lot of the magnificent Covington Library which stood in all its elegantly Italianate glory overlooking the Golden Gate Bridge and the dark blue water of the Bay. At the front entrance, I stopped and took a deep breath of anticipation. The outside of the building was impressive, but walking inside was like stepping into another world. The foyer itself was dramatic with its gorgeous Tiffany chandeliers, black and white checkerboard pattern on the marble floor, and wide, sweeping stairways that led up to the second and third floors.

But then you stepped into the massive main hall and simply had to stare. I can still picture my little eight-year-old apprentice-bookbinder self, walking into this space for the first time. I had been mesmerized by the walls that were covered from floor to ceiling in gorgeous leather bound books. At intervals across the room, glass display cases were filled with gorgeous antiquarian books and historically significant ephemera: a letter from Walt Whitman; symphony notes from Mozart; a baseball card signed by Babe Ruth.

Looking up, I was impressed as always by the coffered ceiling three floors above me. The top two floors of the library opened onto the main hall and decorative wrought-iron railings lined the narrow aisles.

On occasions like tonight, there would be musicians playing up on the third floor. Guests could gaze up at the players and be treated to the performance itself as well as the amazing acoustics of the room. Usually it was a string quartet or trio playing a classical concerto or sonata, but tonight, because of the nature of this all-American event, there was a fiddler and a ragtime piano player. The tunes were what I would call old-fashioned, down-home Americana.

Standing behind the musicians tonight were four men in matching striped jackets and handlebar mustaches. I smiled at the thought that a barbershop quartet would be singing the most popular songs of the 1860s and 70s. It wasn't the usual type of musical offerings, but the crowd seemed ready for it. It would set the tone for the gala opening night of the first annual Mark Twain Festival.

Underwriting this entire five-day event was none other than our good friend Joseph Cabot, whose literary hero was another American newspaperman, Mark Twain.

To organize the five-day event, Joseph had called upon the Clarion's own very talented events coordinator, Ashley Sharp. The young woman had gone into overdrive planning the numerous Twain-centered activities that would take place at the Covington and various sites all over the city for the next five days. It was shaping up to be one of the most ambitious, wide-ranging Festivals the Covington had ever presented.

Just reading the schedule of events had sent shivers up and down my arms. If I attended every activity, I wouldn't have a free minute to call my own until the day the festival ended. But that was okay, right? It would be fun. And it was only for five days. I mentally waved away my concerns because it promised to be a total blast. Or utter chaos.

(Visit the Secret Room to read the rest of Chapter 1 and 2!)

Return to The Paper Caper page